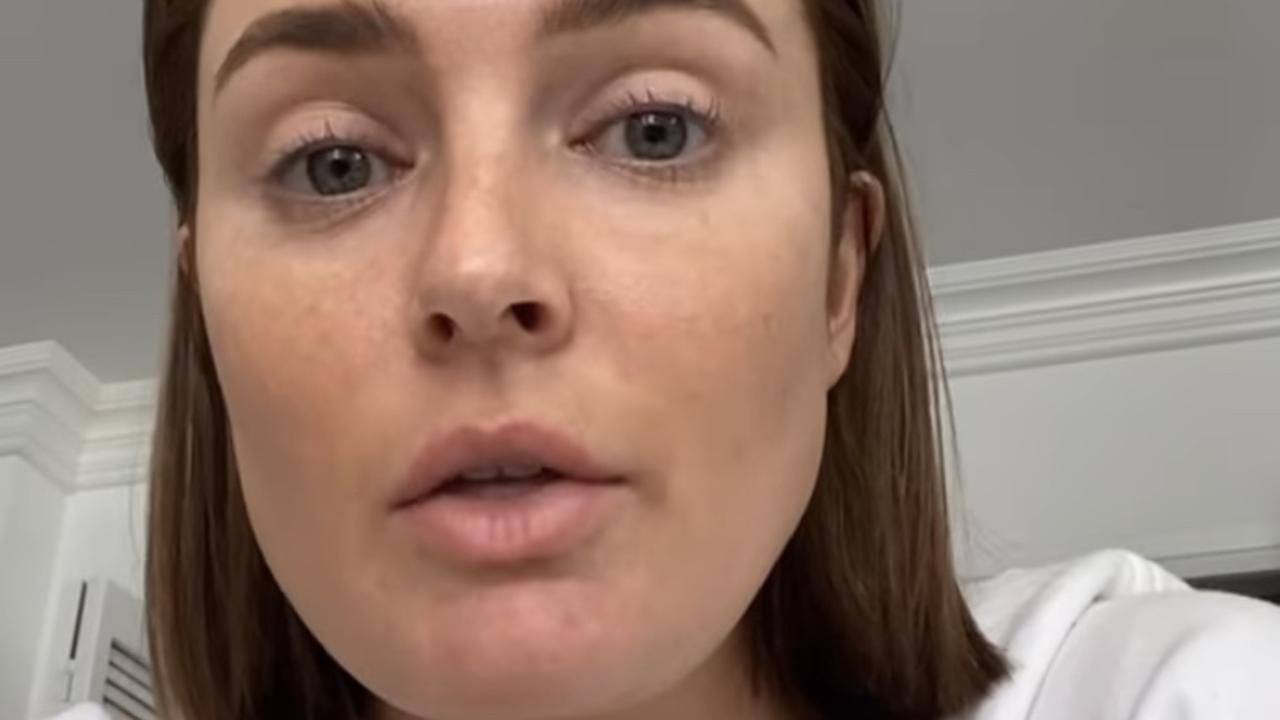 Influencer Chloe Morello has unleashed after she was given bad advice on Covid travel restrictions, keeping her out of Australia for longer than she wanted.

Influencer Chloe Morello has unleashed on an immigration lawyer, claiming she was given faulty advice about returning to Australia that has left her stuck in the US for longer than she wanted.

Morello, a beauty vlogger from the south coast of NSW, took to Instagram yesterday to address the annoying situation, which means she was unable to celebrate her birthday with her family in Bateman’s Bay.

Morello has been living in the US with her Canadian husband Sebastian and their six-month-old son since before Covid.

But with Morello trying to come home now, things have become complicated.

“Australia is open for citizens, residents and their families. If you are not an Australian citizen or resident you have to apply for an exemption. Sebastian is a Canadian citizen. And Santino is an American citizen,” she explained on Instagram.

“So they both need exemptions to enter Australia. They’ll automatically get one as long as I submit our wedding certificate, birth certificate, passport, stuff like that, just to prove that they are an immediate family member.”

When Australia was still in the grips of travel exemptions and bans, Morello decided to farm out the exemption process to a lawyer she had previously worked with when getting a partner visa for her husband back in 2018.

But when the rules changed in October, with the international border ban being thrown out and Australians flying into NSW and Victoria no longer needing to quarantine, Morello claimed her lawyer was unaware of the change.

“It was news everywhere. This lawyer has no excuse as to why she didn’t know any of this. So I thought she was going to take care of it and I thought that it would all be ready by our flight which was November 28,” Morello said.

“The week before the flight, so like last Monday, you know, we messaged her being like ‘what’s up? Can you send us the documents? We want to have everything with us so that when we go to the airport, it’s all there’.”

Morello said she was then told by the lawyer her son, an American citizen wouldn’t be allowed in Australia and his visa was going to take seven months.

“I didn’t even freak out because I was like ‘that’s just wrong. This is wrong. He’s my infant child and his citizen mother wants to travel to Australia. This is stupid,” she said.

Morello found the answer she needed on a Facebook support group and started applying for a visa for her son.

“I applied for the exemption but unfortunately, it usually takes about seven days … so that’s currently like mid-process right now so hopefully it comes through in the next couple of days,” she said.

“But Sebastian also needs one and (the lawyer) didn’t apply for Sebastian’s exemption until Friday so it won’t probably come until this Friday or some other time next week.”

Morello said she was now having to spend her birthday in the US, without her family, because of the exemption drama.

“So now, because she submitted it a month after almost that I engaged her to do this, we are not going to get to Australia until mid December when we should have been there before my birthday and I’m going to spend my birthday here.”

Morello said she was “so angry” about the whole situation.

“It’s really not even that hard to process. She made it seem like it was such a hard process. It’s not, for our situation at least,” she said.