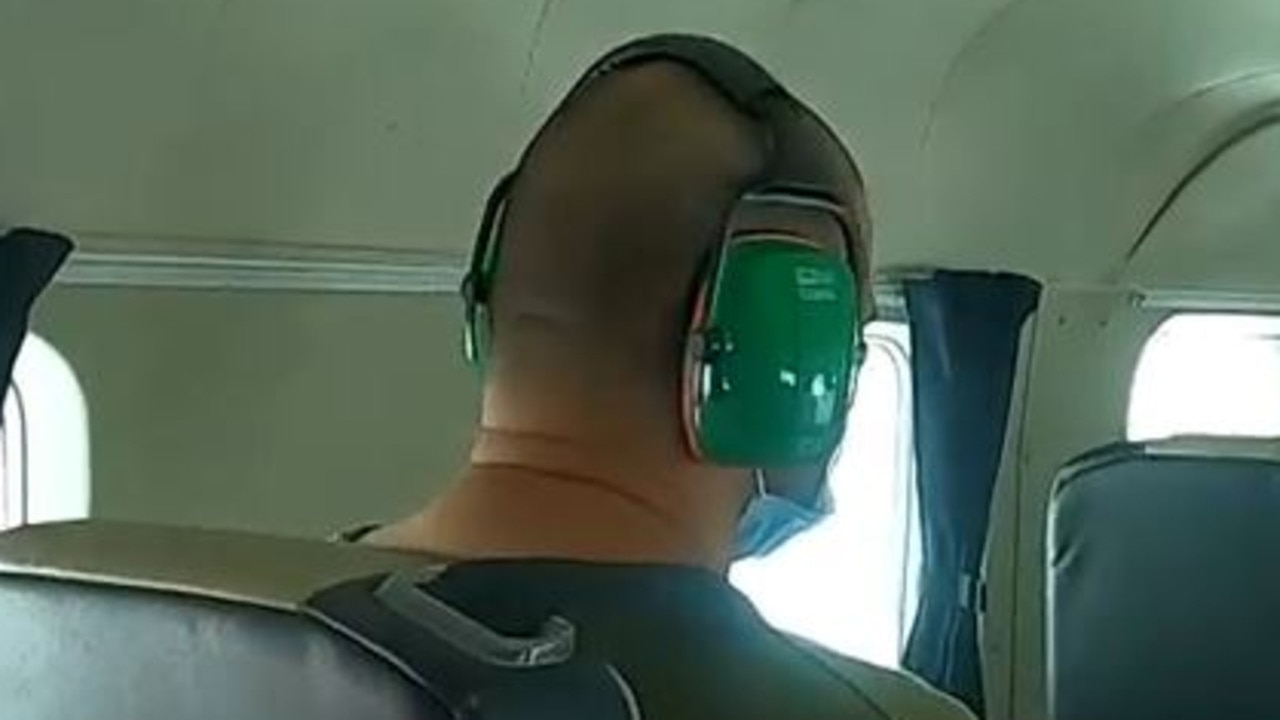 Police have released footage of alleged drug smuggler Mostafa Baluch from inside the flight that returned him to Sydney.

Footage from inside the flight that returned alleged drug smuggler Mostafa Baluch to Sydney has been released by police following the dramatic manhunt.

The fugitive was captured attempting to cross into Queensland on Wednesday before being swiftly extradited to NSW on Thursday.

The millionaire restaurateur was on Friday dragged before the Sydney Central Local Court to face fresh charges — the same court where he was controversially released on bail three weeks earlier.

Mr Baluch did not appear via video link when his matter was briefly mentioned by magistrate Margaret Quinn.

However, unlike 22 days ago when he was freed on bail – before allegedly absconding in a daring attempt to escape the legal system – his lawyer Moustafa Kheir did not apply for him to be freed.

Mr Baluch has been charged with breaching bail after allegedly cutting of his ankle monitor and leading police on a 16-day manhunt.

His matter was adjourned and he will reappear on December 1.

Mr Baluch was bailed inside Central Local Court on October 21 by magistrate Michael Crompton despite facing serious drug charges that he allegedly financed a 900kg shipment of cocaine into Australia.

He was arrested at the Queensland border earlier this week when police found him stowed away in a shipping container before he was extradited to NSW and charged.

The new charge comes after the 33-year-old Sydneysider was flown under police escort from the Gold Coast to Sydney in shackles and prison greens on Thursday night.

The man’s dramatic roadside arrest at Tweed Heads in the early hours of Wednesday was the culmination of a manhunt described as one of Australia’s most intensive.

He was found sitting in a Mercedes that was inside a truck shipping container trying to cross into Queensland, more than two weeks after he disappeared while on bail.

Police officers, who had been tipped off that he might be trying to cross the border that way, stopped several trucks before discovering Mr Baluch at about 1am on Wednesday.

The truck driver was an alleged associate of Mr Baluch’s who had access to the vehicle because he ran a shipping company.

The 46-year-old Sutherland Shire man was charged with intending to pervert the course of justice and refused bail.

Mr Baluch, who owned Northbridge’s Cervo restaurant before it closed, was arrested earlier this year after NSW Police launched Strike Force Jillabenan into an alleged organised crime syndicate involved in the importation of drugs across Australia, North America and South America.

A tip-off from the NSW Police led to the United States Coast Guard seizing a 900kg in a ship off Ecuador.

Police had alleged that the conspirators planned to supply 3000kg of cocaine in total.

Police have further alleged that Mr Baluch was the sole financier of the shipment, which had an estimated street value of $270m.

He was charged with a string of offences, including supplying a prohibited drug and dealing with the proceeds of crime.

Later that month police laid further charges of conspiracy to import a commercial quantity of border-controlled drug, which carries a maximum penalty of life imprisonment if found guilty.

Mr Baluch was remanded in prison until he successfully applied for bail at Sydney’s Central Local Court on October 21.

He was granted bail on a string of strict conditions, including that he put up a $4m surety.

He was also required to report to Mona Vale police station daily, not communicate with any witness, not drink alcohol or take drugs, not use encrypted devices and be fitted with an ankle monitor.

He allegedly went on the run after cutting off his ankle bracelet, which was later found on the side of the road outside Bayview Golf Club.

Police are investigating whether Mr Baluch hoped to sail to Thailand from Queensland before escaping to the Balkans area of Europe.