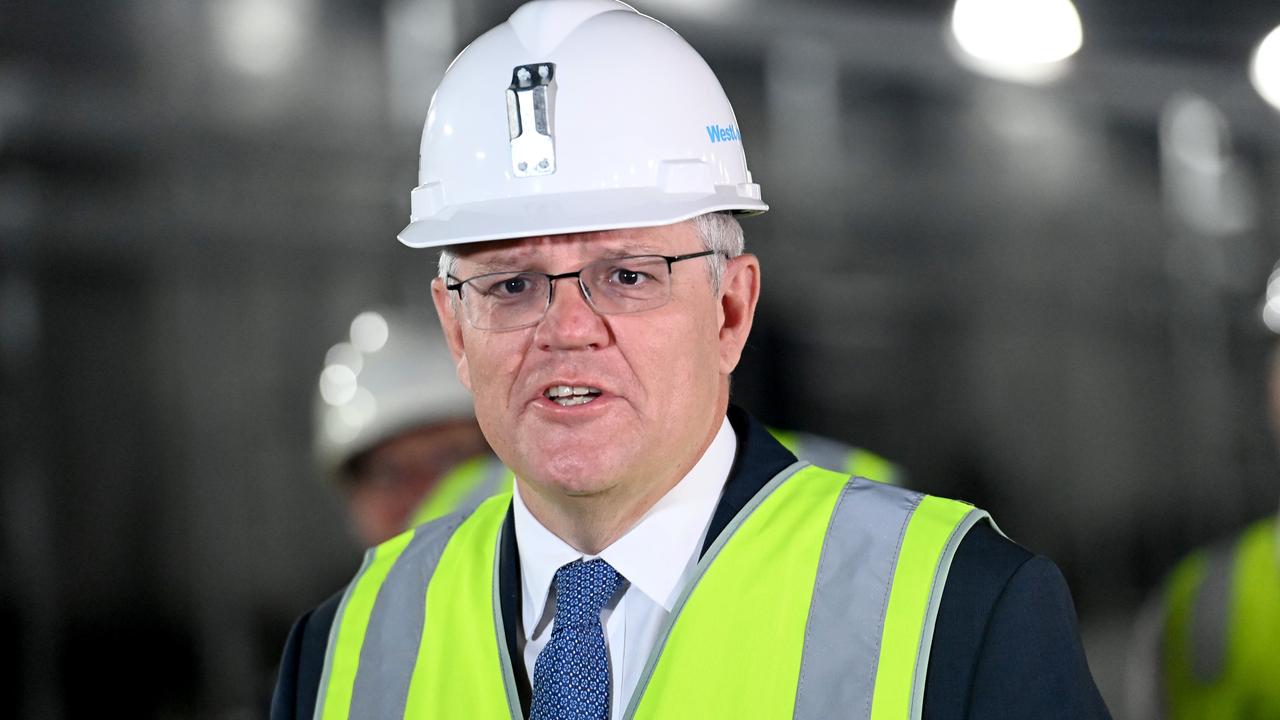 The Prime Minister has squared off against WA’s hard line border stance, claiming the premier is doing more harm than good.

Scott Morrison has taken an extraordinary swipe at Mark McGowan, accusing him of doing more harm than good by keeping his state borders shut.

The WA Premier has taken a hard line approach to keeping his state free of Covid, declaring he will not remove the border ban until 90 per cent of the over 12 population is fully vaccinated.

On current projections, the state is not expected to hit that target until February 2022.

It goes well above the 80 per cent figure previously agreed to by leaders under the national plan.

Speaking from Newcastle on Monday, the Prime Minister publicly aired his grievance with Mr McGowan for ignoring scientifically backed advice.

“The modelling done by the Doherty Institute makes it very clear and that’s what was agreed in the national plan, not just once but twice and that is once you hit 80%, double dose vaccination rates, then you’re able to move forward,” Mr Morrison told reporters.

“Once you hit that 80% threshold, there is a scientifically-backed in position which says that you can take the next step.

“And the advice we have from the Secretary of Treasury from Dr. Kennedy is once you go over 80% and you keep things locked down, you are doing more harm than good to your economy.

“You’re actually putting a price on Australians when you continue to put heavy restrictions on your economy, once you hit 80% vaccination rates.”

The prime minister’s lashing is just another headache for Mr McGowan who is being threatened with a fresh legal challenge to his border ban.

Flight Centre chief executive Graham Turner said it was in the best interest of the economy, business and families to reopen at 80 per cent.

He added the vaccine made his legal push different to the one brought by mining magnate Clive Palmer last year.

“The federal government has decided between 70 and 80% of those 16 year olds vaccinated, that it‘s reasonable for states to open their borders,” the Flight Centre boss said.

“It‘s not just our business interests, it’s a whole range of different reasons … from business, and economic reasons … to family reunions.”

“This is about going to the federal court and looking at the judicial review on whether the border directions are reasonable or unreasonable.

“I think we have a democratic right to do that.”

“We‘ve seen New South Wales and Victoria be smashed with lockdowns and have their hospital system thrown into chaos and a lot of people have died in that time,” he said.

“And this is something that West Australia has managed to avoid by staying the course with what are very difficult border restrictions for many people.

“But we have no taste for going through unnecessary deaths, disease, illness and business collapses, as has been seen in the communities in New South Wales and Victoria.

“We just want the vaccine levels you have in the eastern suburbs of Sydney, to be throughout Western Australia before we endanger our population.”