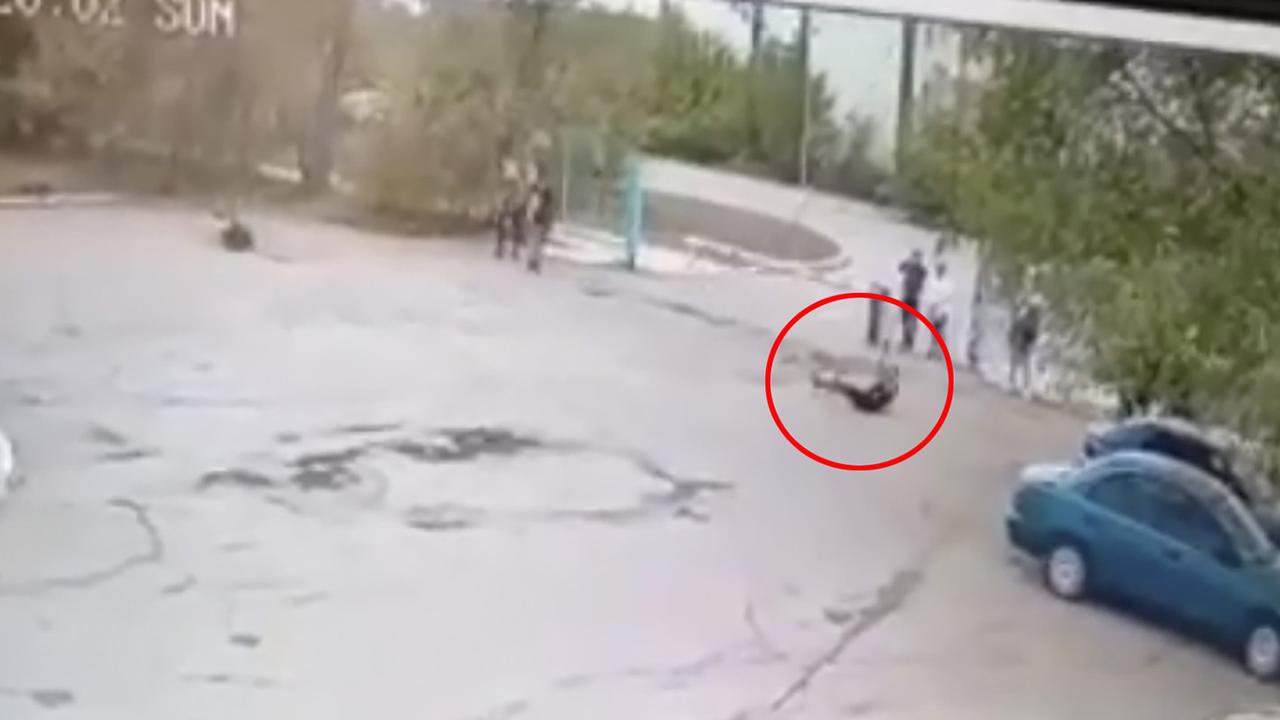 The moment a mum-of-three accidently plunged to her death during a bungie jump experience has been captured in a gut-wrenching tourist video.

A thrillseeking mum-of-three plummeted 25 metres to her death after a communications mishap resulted in her leaping off a building without a properly secured “freeflying” cord, as captured in a gut-wrenching tourist video.

“Despite the ongoing medical measures, the patient died,” a local health spokesman told East2West news of the freak accident, which occurred Sunday in Karaganda, Kazakhstan.

In the disturbing footage, Yevgenia Leontyeva, 33, is seen atop a hotel roof in preparation to partake in “rope freeflying,” a bungee-esque stunt originated by the late Dan “Master of Gravity” Rosman in California’s Yosemite National Park in the 1990s.

A man can be heard saying “I love you” off camera as Leontyeva, who was reportedly an experienced jumper, is affixed with a safety harness. Following a brief countdown, she leaps off the roof.

However, the hair-raising feat goes horribly awry when she crashes to the ground with a sickening thud as horrified onlookers, including a friend who was slated to jump after her, cry out in shock.

Before the ill-fated jump, Leontyeva and a friend reportedly posted “Live it up” and “We’re going to fly” on social media, according to East2West.

The mishap occurred after the woman was given the go-ahead before the organiser could fasten her safety rope to the tree, the outlet reported. Instead, he was holding the lifeline in his hand when she took the plunge.

As a result, Leontyeva plummeted 25 metres to the ground below and was dragged 3.5 metres sideways into a wall. Meanwhile, the force of her fall yanked the rope-holding organiser to the floor, as seen in the unedited video.

The daredevil was immediately rushed to the hospital, where she received emergency surgery.

“The patient was operated on,” said a local health spokesman. “A craniotomy was performed and the removal of the haematoma.”

Despite their best efforts, Leontyeva succumbed to her injuries.

Authorities are investigating her untimely death amid suspicion of “negligence” by the extreme sport company.

However, if found guilty, the organisers would only have to serve a maximum of 40 days behind bars.

This isn’t the first time a bungee jumper has died due to organiser negligence. This past

July, a Colombian bungee-jumper plummeted to her death after a communications mishap caused her to leap off a bridge without a fastened cord.