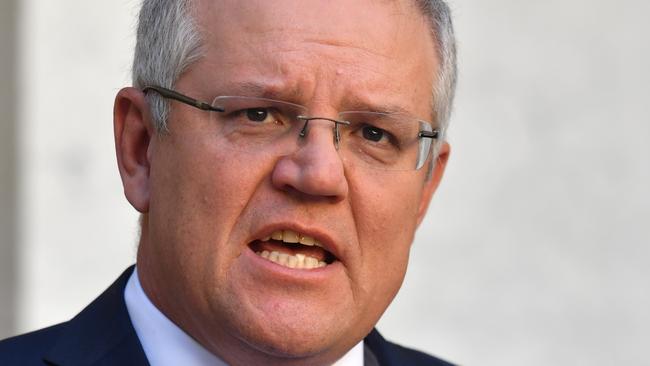 The Prime Minister Scott Morrison has issued a strong warning to Queensland and Western Australia to reopen their borders in July.

The premiers of South Australia, Western Australia and Queensland have all refused to reopen their borders to interstate travellers, despite dwindling reports of new coronavirus cases.

Queensland’s Premier Annastacia Palaszczuk in particular has refused to buckle to increasing pressure to allow travellers across the border and flagged she may keep Queensland shut until as far away as September. The position has opened up the possibility of some Australians being able to travel between Melbourne and New Zealand before they can travel to Brisbane.

Mr Morrison told a press conference on Friday he was “very keen to see Australia’s economy continue to reopen on the timetable for interstate travel” set by the country’s National Cabinet.

The Prime Minister also addressed the July time frame again when speaking on radio today, saying it was the “time when interstate travel was supposed to be up and running again”.

He warned states ran the risk of losing tourism dollars to Australians who would simply New Zealand if they left it too late to relax the border restrictions.

He said he’s “very much in favour of a safe zone between New Zealand and Australia” to boost the economy, particularly the tourism sector which has been badly affected by the coronavirus pandemic.

“For people in New South Wales and Victoria, and I got to say on a day like today, the ACT, I’m sure they’d like to see a bit of Queensland sunshine in July with their kids, a bit of West Australian sunshine I suspect as well, Marty, but as a result of that timetable.”